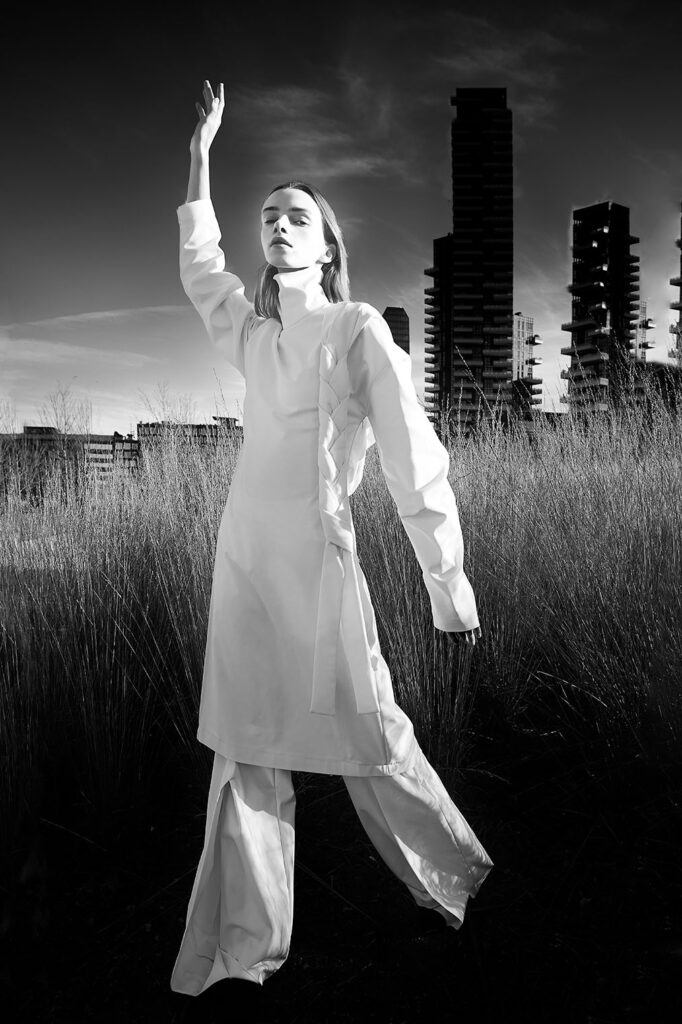 The girl was dressed in white, the color of innocence and purity. She left the town of high risers behind and moved towards the countryside. Her eyes held what she had seen in the past and a glimpse of the better things she would be seeing tomorrow.

The Symbolic Meaning of the Color White

Wedding dresses are white to demonstrate purity and innocence. It is also a symbol of neutrality. Waving a white flag is a sign of peace. In literary works white can take any character the writer can take on. A very complex form of this is as described in Herman Melville’s “Moby Dick” where the increasingly insane captain chases after the white wale and the color white becomes a fixation to him that leads to his and almost all of his crew’s death as Moby Dick attacks and sinks the Pequod, Captain Ahab’s ship.

The Color White in a Photographic Story

The woman in this picture wears white as she walks out on the high buildings that loom in the background. The contrast of her white purity could not be greater with the underworldly looming concrete structures that lack human character and dignity.