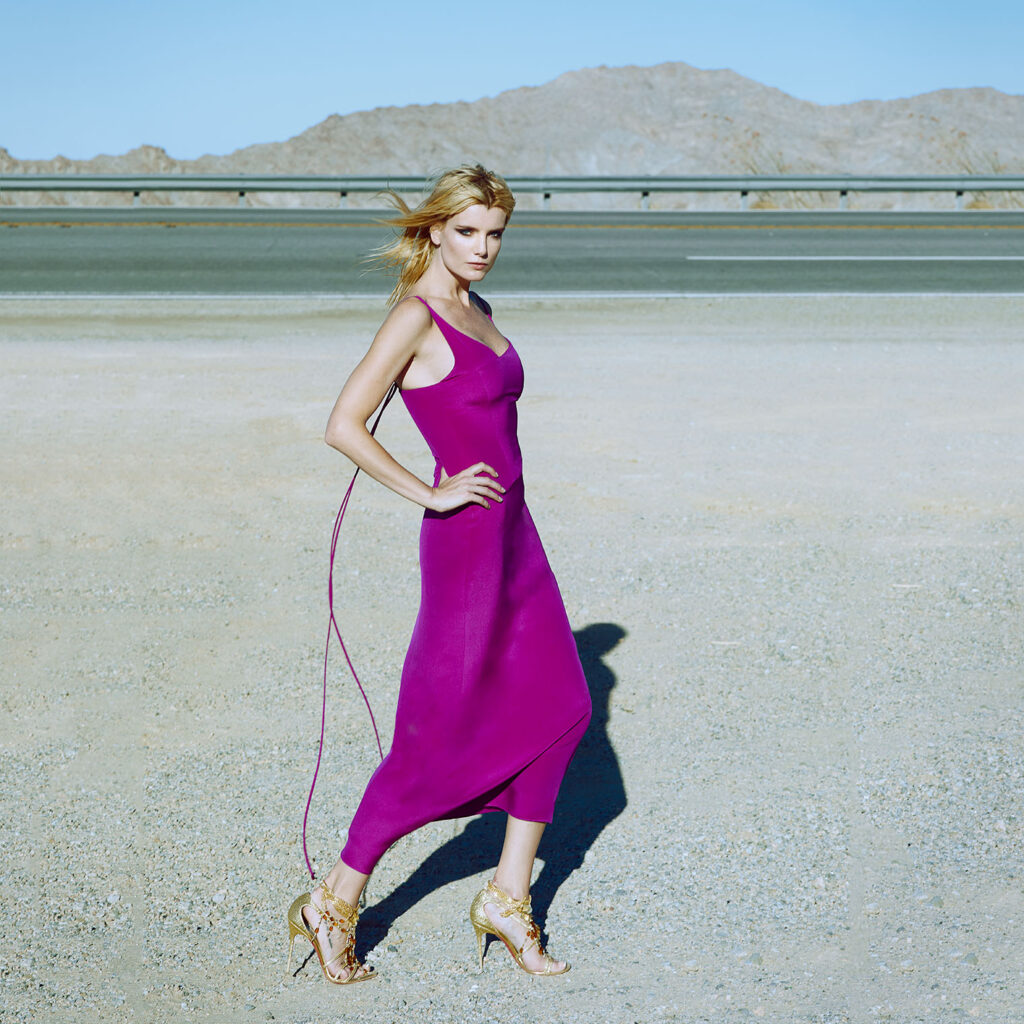 FASHION PHOTOGRAPHY: THE STUNNING GIRL AND THE SHREWD COYOTE

A fashion photography story from the desert:

The girl was standing on the roadside in the desert mountains, waiting for roadside assistance. A large bird flew overhead. Now he was circling. She didn’t like the fact that she was the center of the circle. She could just imagine what he was waiting for. Probably the same type of shark that were circling here wherever she went. A flying shark! That’s all she needed on a day like this.

She shuddered at the thought. She had been here for two hours. As if making fun of her the wind took up a dust devil of sand and threw it into her face. If only she had brought water.

Lost in the Desert

The silk dress moved in the wind like an emotional flag. Would they come? She didn’t want to wait in the car which was hot as an oven. The wind picked up and she felt it go through the thin fabric of her elegant dress.

She had been at an art exhibition in a small desert town. Impressed by the artwork she had allowed the artist to give her his business card. She had given him her number, too. Should she call him? Roadside assistance was likely only to send an ambulance to pick up her remains. What was that behind the bush. Something had moved.

How a Coyote influenced fashion photography

The coyote stood behind the Yucca plant and grinned at her like an idiot who had blown out his brains on Instagram. What was she thinking? Coyotes didn’t do social media. But it would fit. She realized that coyotes almost exclusively were the users of social media. It had been a long time since she had encountered a human being there.

The coyote moved closer. She looked at her car. Should she get into that oven on wheels. Otherwise she might get chewed up. Torn apart or baked alive, today’s choices were not what they used to be.

The phone rang. The artist said over a crackling line that seemed to reach down to her from the moon:”Did you get home well?”. “No, she said, and if you would like to see me again – can I give you my location? Someone is really interested in me and very insistent”.”Give me your location and I’ll pick you up and I’ll deal with that coyote” 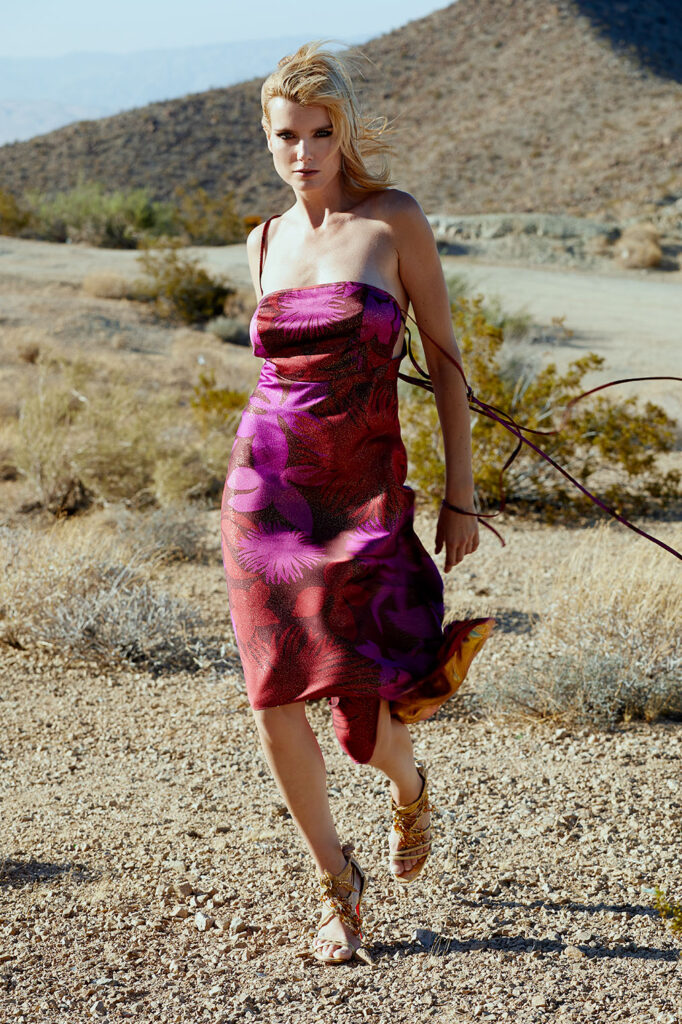 When she hung up she looked at the phone in stupor. How had he known about the coyote? He couldn’t be…  She looked over. The coyote looked back at her. Was there a grin in his toothy mouth? It was a grin. Was it him? She had heard of magic people that could turn into animals of their choosing.

So was all this just a neat plan to get this expensive silk dress off her body? She wasn’t truly aware of the single-mindedness of her thoughts, always circling about her attractiveness just as sharks, with wings or without, circles around her. She looked up. The bird of prey was still there.

She looked up at the glowing sun. She has been too long in the heat without a hat. She began to start imagining things. The mountains seemed to grow in size. She looked over and just like that the coyote faded away. At the same moment a car braked near near in a big dust cloud.

About this fashion story

I photographed this fashion story in the California desert. Landscapes are a wonderful background for high end clothing and they build beautiful rapport for stories. The silk dress is by the designer Sergio Duque. The model is Eugenia from LA Models. Stories engage audiences and are also much more enjoyable to produce. Consider creating a story instead of a regular lookbook or a commercial campaign. The current and future fans of your fashion brand will thank you for it.