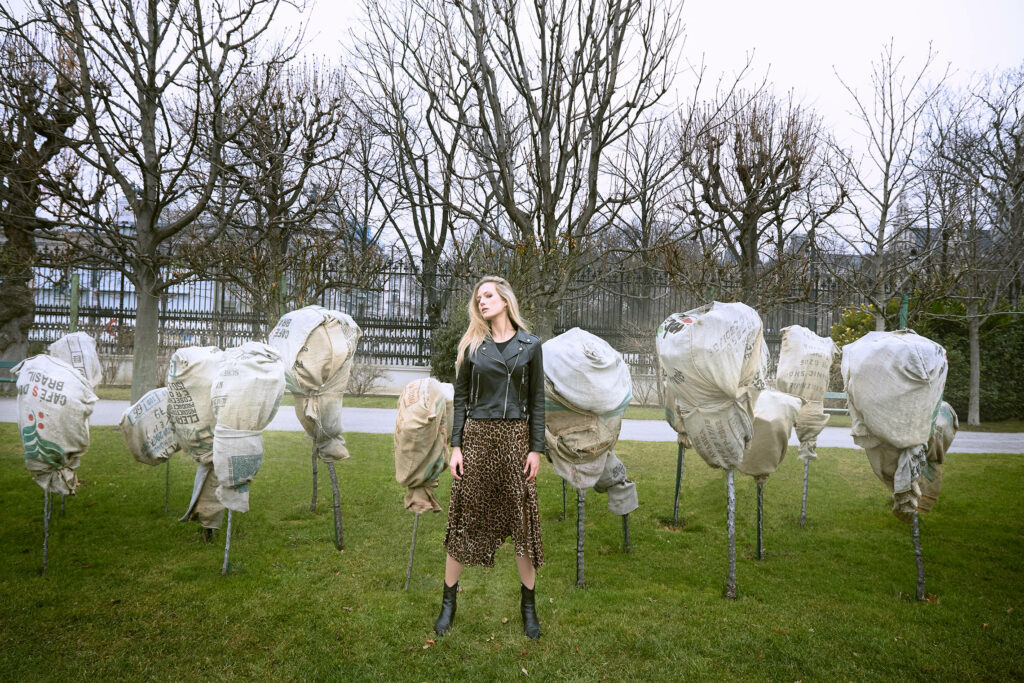 It was a very cold January in Vienna Austria and we had to be quick. Otherwise the model might have turned into an ice statue as the temperatures were below zero. The rose bushes were covered to protect them from the cold so they would bloom again in spring. The rose bushes seem to be asleep but they are wide awake and listen to everything you say. 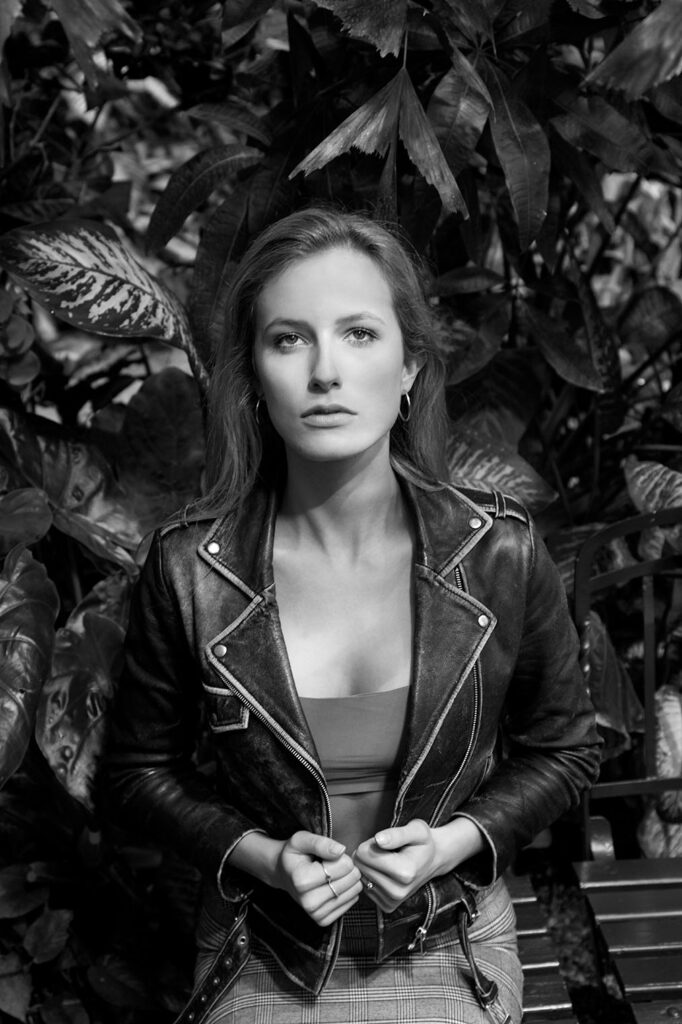 The Volksgarten is a park created when the city walls were demolished in mid-19th century and is between the National Theater and the Emperor’s Castle, which the Viennese call the “Hofburg” – a contradictory term as “Hof” means court, the court of the emperor, and castle means the military fortification, two things that do not go together. It’s a bit of political poetry.

The girl was very brave as she had to be as cold on her whole body while I only had my fingers fall off in the cold but I held on to my camera. We later went to the so-called “Schmetterlingshaus”, the greenhouse at the “Burggarten” (garden of the Emperor’s Castle) where butterflies fly freely. 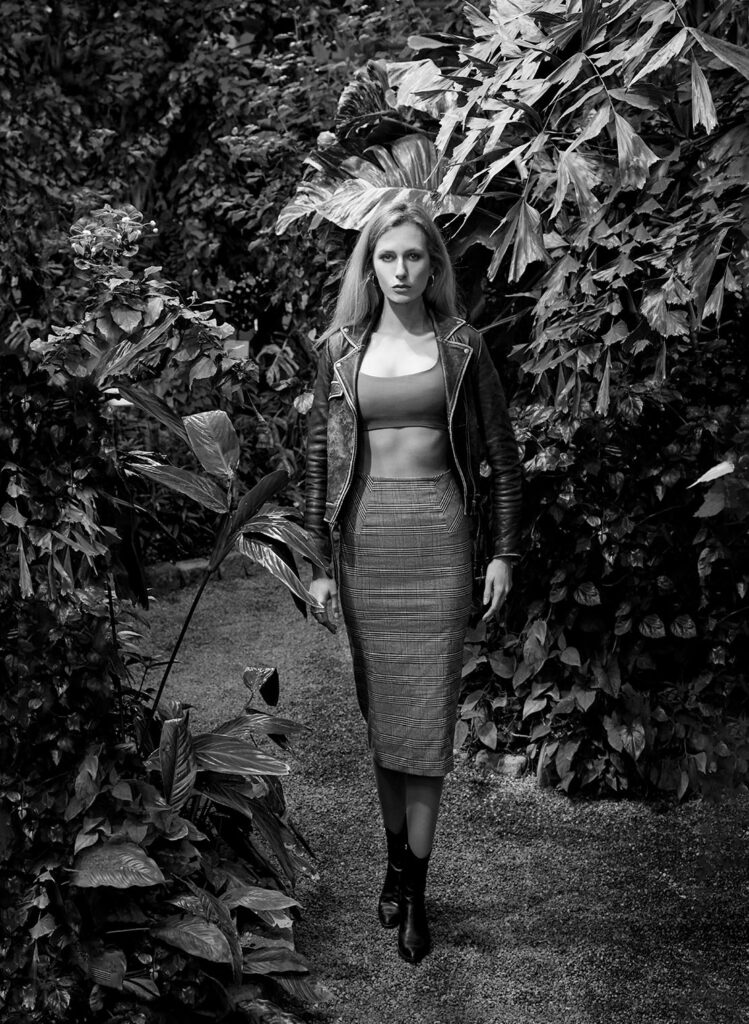 I had to wait a while. Coming in from the ice cold into the hot and humid glass house made my camera fog up. Living in dry and warm Southern California I never had to deal with it. This one taught me. On a recent shoot in Florida, whenever I took my camera from cool and air-conditioned interiors into the humid outside I had it sit in a plastic bag until the camera had the same temperature as the surrounding world. No more fogging. And it can destroy your electronics, by they way, of which a camera is full of (brief memory to the one fully mechanical camera I own, an “antique” Minolta SRT 101b).

The butterflies were nearly as big as my hands and fluttered around our heads curiously. During a break I noticed one of them sitting in the middle of one of the narrow walkways. Very risky place to relax for a butterfly as there’s a high chance someone would step on him. So I bent down, offered my right index finger for a brief ride to safety. The butterfly, black and beautiful, inspected the offer and accepted by taking a seat of my finger. I moved him into safety but now the butterfly didn’t want to leave. He liked sitting on my index finger.

As you cannot shoot fashion with a butterfly sitting on your right index finger i had to get him to fly again. So I waved my hand slightly and he took off and landed on my neck. He took off again and now sat on my head. I had tried out a shaved head and a beard at that time and found it wasn’t for me. But it is documented here, together with the amorous butterfly who didn’t leave me for the rest of the shoot. Did he guess I had likely saved his life and was grateful? 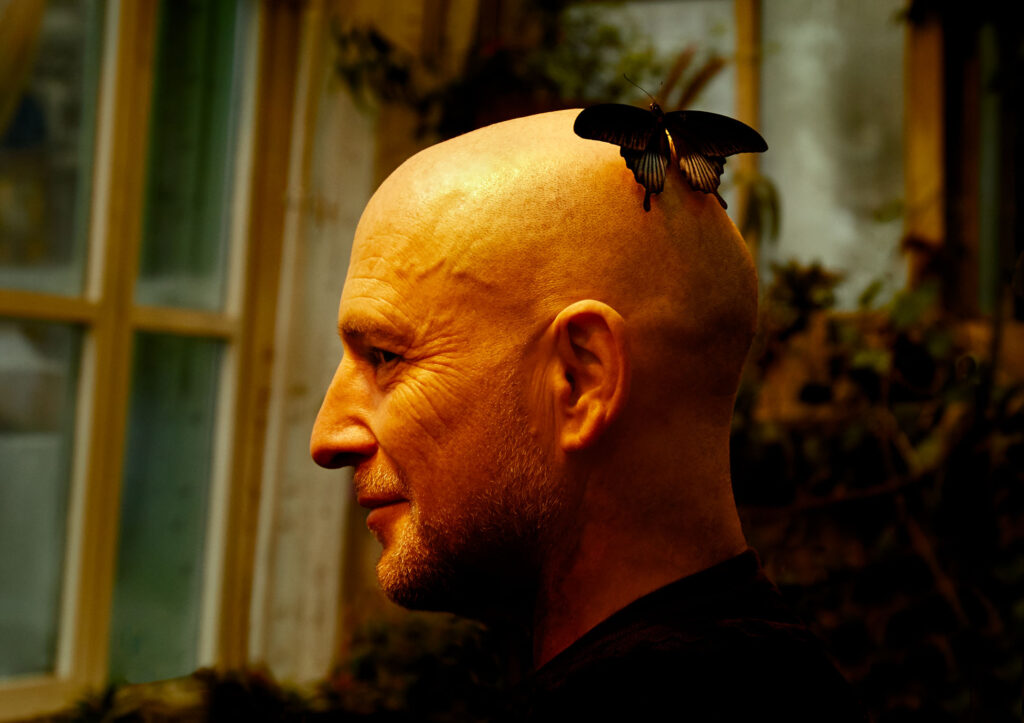 Finally the butterfly took off but continued to sit on my head at times watching me work and the model perform. He was a very beautiful creature. There were many little walkways and small ponds and butterflies swarmed everywhere in the tropic air. Outside a winter day drew towards its end, the sun sinking behind the high roofs of the Emperor’s Castle.

We left the Schmetterlingshaus and said farewell. I continued to walk the old and narrow street of the inner city of Vienna and dropped by the “Café Bräunerhof”, one of my favorite coffee houses when I was still living in Vienna over 20 years ago.

We love stories. We can’t live without them. Take a look here: